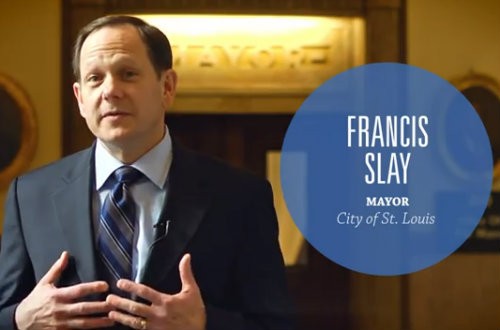 Tough to extrapolate much from the short video other than "St. Louis rules" and "don't change horses in midstream."

Or, as the Slay campaign prefers to put it, "Keep St. Louis moving forward."

So far, aldermanic president Lewis Reed has also put together a couple of spots for his own campaign. Just for fun, here they are for juxtaposition:

So far, pretty light-hearted, getting-to-know-you-type fare. And in a race that's all but guaranteed to get ugly, consider this a nice calm before the storm. Seems likely that in a few months we'll be thinking wistfully of the days of ukulele music and soft camera angles...

Which advertisement persona do you prefer? Action hero Reed or hometown booster Slay?