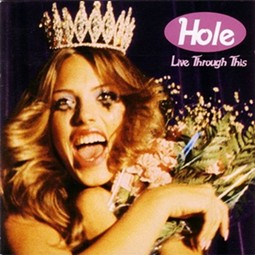 So, not too long ago, I wrote a column in which I attempted to answer the question: What will the Missouri Tigers look like without Laurence Bowers?
Turns out, the answer might be really, really bad.
Bowers has been the Tigers' best overall player this season. Leading the team in scoring and second in rebounding, his contributions go much deeper than those numbers. He's the physical presence on the team; the one guy who just imposes his will on the opposition through sheer physicality and toughness.
And in losing to Ole Miss over the weekend by the score of 64-49, it's obvious Mizzou doesn't have a ready-made solution for replicating that presence.
The score makes the game look lopsided. For once, I'm not going to tell you the score is a lying sack of shit. Nope, in this particular case, the score pretty much tells you exactly what the game was. The game was an ass kicking, and said ass kicking was absorbed by the bruised and sore buttocks of the Missouri Tigers.
And, to be honest, this wasn't even a particularly complicated loss. Usually, even when a team is beaten fairly handily by another, unless it's of the Eastern Appalachian State School for the Blind vs. Duke early-season game varieties, there are a host of reasons that go into a loss. Given two teams of major conference talent levels, even lopsided scores usually have a varied number of causes underpinning the final score's ugliness.
This one, though, well...frankly, it just looked as if the Tigers didn't know what to do without Laurence Bowers.
Case in point: the best player (actually, that's probably debatable; call it a two-way tie with Marshall Henderson), for Ole Miss is a big man by the name of Murphy Holloway. He's a good player. Physical player. He's big, going about 6'7" and 240 or so (I'll take the over), and he plays even bigger. In fact, he's a whole lot like Laurence Bowers, if you really want to get down to brass tacks; a physical big man who creates space on the court, the occupies it. Holloway's game isn't complicated. He's a power forward who always goes to his left hand when he drives the basket. Everyone knows exactly what you're going to get when you play Ole Miss and Murphy Holloway. Hell, my two year old niece who knows nothing about basketball, being two and possibly also fictional, knows Murphy Holloway's game. There's no mystery to it.
So what did Murphy Holloway do to the Tigers on Saturday night? He dropped 22 points on them, leading all scorers, and he did it basically with his one and only move.
I'm not trying to downplay Holloway's skillset, by any means; please don't think I am. But the fact he put up that performance against Missouri says all you need to know about what the Tigers were missing in this game. Their own physical big man, the one who would have been matching elbows and asses with Holloway all night.
It was painfully obvious, watching the Tigers play without Bowers, just how much this team relies on him. Phil Pressey is the man at the point, of course, but the offense really runs around Bowers. Without him carving out a bubble in the paint, the offense just didn't seem to have anywhere to go.
Ole Miss is a good basketball team; don't let anyone tell you differently. They're 13-2 on the season now, sitting atop the SEC, and have shown plenty of signs they could hang around the top of the conference all season. There are enough talented players on that side to at least give a good run to any team in the nation. But this Missouri squad came in a top ten team in the nation, with a slew of talented players of their own. There should have been plenty of opportunities for the Tigers to swing the game in their favor all over the court.
That being said, there was really only one matchup on Saturday that mattered, and it defined how everything else in the game flowed. Murphy Holloway against the Man who wasn't there.
Get well soon, Laurence. I think we've seen enough to know this team really, really needs you.
Or, maybe not. Maybe Frank Haith and his staff can make some adjustments in the short term, and come up with a solution to ease the burden of missing their big man. I didn't see anything over the weekend, though, to convince me that's the case.