St. Louis is One of Nation's "Gayest" Cities 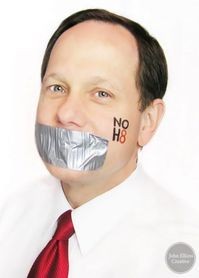 So sayeth the country's foremost experts on the matter, the folks at The Advocate. They came to this conclusion using irrefutable gay science, like tabulating the number of times the cast of terrible show Glee came to town, and whether or not we have a Pottery Barn.

A cappella and throw pillows? Guess being gay skipped being the "new normal" and made a b-line for "boring." At any rate, according to these measures, St. Louis is gayer than the mecca, San Francisco. Srsly.

Update: The Advocate has no idea what it's talking about. Turns out we're even gayer than they thought. See categories marked "RULING CHALLENGE."

The magazine evaluated cities with populations over 150,000 then awarded points based on the following criteria:

Number of LGBT elected officials -- 1 point for each federal, state, and local official in office or elected in 2012 St. Louis score = 4 (That would be Rep. Mike Colona, Rep. Zachary Wyatt, Sen. Jolie Justus, Rep. Jeanette Mott Oxford if our count is right)

Concerts by Scissor Sisters, Uh Huh Her, Girl in a Coma, and cast of Glee --1 point for each stop since 2009 St. Louis score = ZERO RULING CHALLENGE: Girl in a Coma has performed in St. Louis not once, but twice since 2009.

Gay rugby -- 1 point for each team St. Louis score = ZERO RULING CHALLENGE: Um, apparently they have not heard of the St. Louis Crusaders?

Far from a perfect score, but still good enough to land us the title "15th Gayest City." Here's the final verdict:

15. St. Louis (pop. 318,069) What was founded in 1764 as a fur-trading outpost has become an LGBT beacon in the Midwest. The city proudly proclaims a ton of neighborhoods as gay-friendly, including the queer epicenter along Manchester Avenue in the Grove, site of leather bars, the LGBT center, and the trendy Just John (JustJohnClub.com) bar; Tennessee Williams's old haunt, the Central West End, with its architectural sights, hotels, and galleries; the South Grand hood, site of PrideFest and MoKaBe's (MoKaBes.com) coffeehouse; Soulard and Cherokee Street, home to Clementine's, St. Louis's oldest gay bar, founded in 1978; and the stately Lafayette Square, for wine bars and B&Bs.

Did they crunch the numbers right? Give us a head's up on any discrepancies -- for example, gay rugby team St. Louis Crusaders were totally overlooked.

Update: Another helpful reader points out that Girl in a Coma has been here twice in 2009. We got robbed.

Update #1 million: The Advocate acknowledged leaving the Crusaders out, saying they are not on the official International Gay Rugby Association and Board list (IGRAB!), but makes up for it by publishing three photos of the lads hard at work.