Pro Tip: If You Rob a Gas Station, Don't Leave Your Keys There 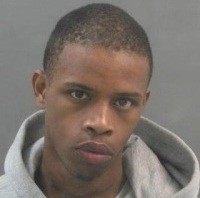 At 8:30 on the morning of New Year's Eve, two crooks used a gun to rob a gas station at the intersection of Bates Street and Virginia Avenue in the Carondelet neighborhood.

The robbers made off with cash and checks.

However, according to the probable cause statement, one of them left his keys at the gas station.

(I hope he then had to break into his own home; that would be called "karma.")

The robber apparently had the good sense to not come back and retrieve them, but no matter: Detectives traced the keys back to him anyway.

Donovan Whitt, a 25 year old from the 6300 block of Minnesota Avenue, now faces one count of first-degree robbery and one count of armed criminal action.

His mistake sounds like a rookie mistake, but Whitt's record suggests this ain't his first rodeo.

He has prior convictions for tampering, unlawful use of a weapon and drug trafficking.