Authorities: Merrel Burch Was Behind Subway Robbery (And Maybe Several Others) 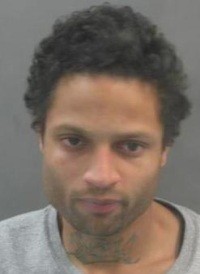 Authorities believe that a 26-year-old from south county was behind two robbery incidents in the past week -- and may be responsible for as many as seven others.

Merrell Burch is from the 7700 block of Olde English, which lies just outside city limits south of Willmore Park.

According to police and prosecutors, it was Burch who entered the Subway restaurant on the 4600 block of Chippewa Street on Monday evening at 7:48 pm. He said he was going to rob the place and brandished a weapon, but fled the scene before collecting any loot.

Cops were called and caught up with him as he drove away; they say they found the weapon in his vehicle.

For that incident, Burch now faces one count of attempted robbery and one count of unlawful use of drug paraphernalia.

At 3:24 am on Saturday, a robber came into the Quick-Trip at 6900 Gravois Avenue and demanded money, showing off his heater by lifting his shirt. The clerk handed over $50.

An e-mail from a police spokeswoman said the cops believe he may be responsible for as many as seven robberies.