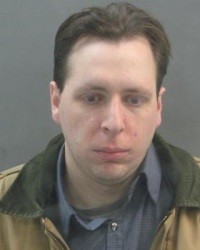 Twice since October, some guy has driven into the parking lots near the Target at Hampton and Chippewa, pulled up next to a female, opened his car door, exposed his willie, then sped away.

Joseph Huff, a 34-year-old from the 4100 block of Bingham Avenue, has been charged with two misdemeanor counts of sexual misconduct.

According to police and court records, the first episode happened back on October 3 at 7 pm.

The victims were both white females.

In case you weren't sure how a female might react to a strange man pulling out his twig & berries in a parking lot, the probable cause statement contains the sentence:

"Both female victims were alarmed by the defendant's conduct."