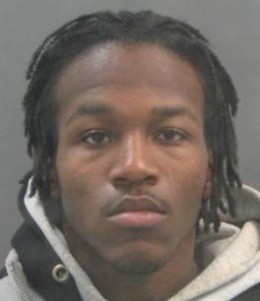 Right around Thanksgiving, two women were robbed just steps away from the South Grand Business District.

Today, a young man from the Tower Grove East neighborhood was charged with the crime.

Terrell Reed, a 21-year-old from the 3200 block of Arsenal Street, now faces two counts of first-degree robbery for the incident that occurred on November 25.

At 6:45 that evening, the two victims -- both white females, according to police -- had climbed out of their vehicle and were putting their teacher bags in the trunk when Reed approached.

He put a hard object to the side of one woman's body, said it was a gun and demanded her stuff. She gave him her satchel, which contained a phone, wallet and $10.

Then Reed walked over to the driver's side and made the same demand. That victim said her belongings were in the car. He instructed her to pull them out. Instead, she threw her bag and keys on the ground.

Reed went over, picked up the keys, climbed into the car and drove off with the car and what was in it, i.e., a laptop, camera and a GPS system.

Reed was previously been convicted of robbery and armed criminal action in 2010. He was sentenced to five years, according to online info provided by the Missouri Department of Corrections' inmate locator, but it appears he was already out on probation for those offenses.