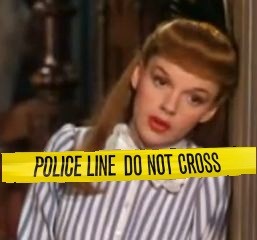 Fans of the musical "Meet Me in St. Louis" will remember how Esther Smith (played by Judy Garland) laments in song that the boy next door at 5133 Kensington Avenue doesn't notice her.

Last night, that block of the city got attention for a much darker (and sadder) reason: That's where the city's first homicide of 2013 occurred.

Officers got a call about a "shooting" on the 5100 block of Kensington just after 6 pm Thursday evening. When they arrived, they found 19-year-old Lamont Steward dead with a gunshot wound to the chest.

Cops say detectives have already tracked down and arrested the suspects, whom a spokeswoman describes as a juvenile black male and a 20-year-old black male.  She says no charges have yet been filed.