ACLU: St. Genevieve Sheriff Cut Off Newspapers to Inmates After One Penned Letter to Editor 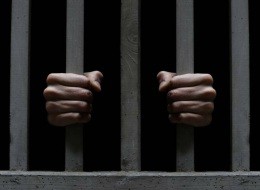 If you're an inmate in St. Genevieve County jail, and you want to keep your newspaper subscription, you'd better not write a letter to the editor that mentions the sheriff or calls out local Christians.

Stanley Schell wrote such a letter, and immediately thereafter, the sheriff -- citing security concerns -- cut off all newspapers to inmates, according to a lawsuit that the ACLU filed on behalf of Schell yesterday in federal court.

Schell is in his mid-sixties, online court records show. He's already served time for sex offenses to which he pleaded guilty in the early nineties, but is still incarcerated because the state is trying to civilly commit him as a sexual predator.

While he waits, he likes to read the Ste. Genevieve Herald.


It's a weekly newspaper. For several months in 2012, he was paying to have the Herald delivered to him. In late October, he submitted this letter to the editor:

Every Wednesday at "mail call," I look forward to receiving my copy of the Ste. Genevieve Herald. Although I am not from this area, I enjoy the "hometown" news, the political disputes, "where are the donations for the siren pole?" and even photos of Sheriff Gary Stolzer's latest toy, the SafeBoat.

Quick Explainer: The sheriff's office got a boat in October, thanks to a federal grant, to use in search and rescue missions on the Mississippi River. Schell continued:


Then, I turn to the second section to review the vast listings in the Church Services Directory. Ste. Genevieve has several Baptist churches, plus Lutheran, Presbyterians, nondenominational Christian churches, plus the Church of Ste. Genevieve Catholic, with a long history in the community. I read about the 20 other churches in the general area, and I ask myself, "Where are you?"

Here sits 140-plus sinners in need of spiritual guidance. Where are you? More than 30 pastors and zero regularly visiting the Ste. Genevieve County Detention Center? Did the local ministers miss where Jesus said, "I was in prison and you visited me"?

How hard can it be to walk through the jail once a week offering encouragement and prayers? Pastors, priests, deacons, elders, sisters and brothers -- where are you?


The Herald published this letter on Halloween. Schell was super stoked when he saw it in the paper. 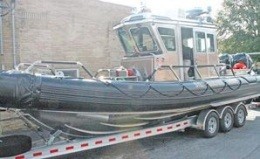 In fact, according to Schell's attorney, Grant Doty, a staff attorney at the ACLU of Eastern Missouri, the inmate was so stoked that he asked jail personnel to make photocopies he could send to his family.

"I wouldn't say the letter was critical of the sheriff," Doty says. "Maybe the clergy in the town got upset. I have no idea."

What's very clear is that, the next week, Schell did not receive his newspaper.

(We've got a call in right now to the St. Genevieve County Sheriff's office for comment; if/when they call us back, we'll update this post).

Schell inquired to a sergeant what the problem was. As reported in the federal suit, the sergeant responded


I spoke to 8502 reference this issue. The Sheriff has determined no local papers are
allowed due to the fact that they publish local arrestees & their charges. This poses a security risk to inmates & our facility & are therefore no longer allowed.

Doty tells me he's never heard a correction facility use that line of reasoning for cutting off newspaper delivery before. He adds that visitors or other inmates can also bring in local crime info, rendering a newspaper ban ineffective.

"I don't know how they can keep these guys in a shell," Doty says. "It's a shame they want to cut off these prisoners more than they're already cut off."

The suit accuses the sheriff and the County of St. Genevieve of violating Schell's First Amendment and due process rights. We've post the complaint online here.