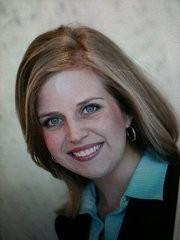 Crane, a 31-year-old St. Charles native, has been at the station for just over three years. She will leave KMOV on January 25 and begin at city hall three days later. We had a chat via e-mail this morning.

Daily RFT: Your predecessor, Kara Bowlin, was more of a facilitator between reporters and city hall, preferring to stay in the background on policy issues. Are you going to approach it that way?

Maggie Crane: I do intend to have an active voice in policy matters.


My primary goal will be to manage communications out of the Mayor's office and see to it that journalists get timely responses to their questions. I'll tackle policy issues as they arise.

At KMOV, you worked a lot with cops and crime, but in this new gig, you'll have to dig into some wonky policy stuff (pensions, TIFs, bond issues). How do you feel about that?

I was one of those nerds who always got A's in school; not because I'm some brainiac, but because I genuinely wanted to know how things work.  Curiosity kept me going as a journalist, and will serve me well in this new role -- only now, I'll be learning a whole lot more than could fit into the length of a TV news story!

Do you suspect you'll have to make an effort to avoid showing favoritism to KMOV?

If anything, I might be sensitive to that and give them a hard time! Joking aside, people in this business know my integrity. I'm lucky to have friends at every media outlet in St. Louis. I have always gotten along great with colleagues in this business, no matter where they work.

What will you do if Mayor Slay doesn't win re-election?

I am joining this team because I believe in it. I've been coming to the city (from my hometown St. Charles) since I was a kid, whether it was for dinner at Pho Grand or a show at the Fox.  I graduated from Saint Louis University, and then after nearly six years of working out of town, I chose to come back. I bought a house in the city. I invested in its future. And that's what I'm doing by going to work for Mayor Slay. I look forward to lending my voice in a new capacity to this city that I love and call home.