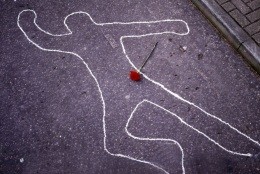 Some of these homicides got more press than others.

Sarah Billingsley-Walker, age 18, was Vashon High School's homecoming queen and co-valedictorian. She was strangled to death.

Aniya Cook, also 18, was a National Honors Student bound for Missouri State University. She was shot to death on the street in North St. Louis. So was Megan Boken, a 23-year-old former SLU volleyball player murdered in broad daylight in the Central West End.

Roger Wilkes, 42, was reportedly murdered in a dispute about a bag of Cheetos.

Then there were the homicides that didn't garner too much attention but were just as awful. Take your pick. Ashley Moorhead comes to my mind. She was a 26-year-old, strangled and dumped into a trash bin near Cherokee Street.

That murder occurred two blocks from my apartment. You tend to remember those.

I recently remarked in a conversation with Rick Rosenfeld, the UMSL professor and criminologist-in-residence at City Hall, that our city sure seemed to have far more murder cases than prosecutors are ever able to charge.

"That's true, and we're not alone in that," he said, adding that other big U.S. cities have the same problem. Rosenfeld thinks hot-spot policing could help deter homicide. Our new chief, Sam Dotson, sounds like he's on board with that idea.