The sentencing of 24-year-old Ronald Johnson on Wednesday afternoon was a foregone conclusion, but that didn't prevent tears among those gathered -- on either side of a St. Louis courtroom.

Johnson had already confessed: He and Cleophus King -- his former lover and accomplice -- fatally stabbed and strangled Assistant St. Louis County Counselor Luke Meiners in the Forest Park - DeBaliviere neighborhood back in 2008. They dumped Meiners' body across the river, stole his Jeep and ran up his credit cards.

By Wednesday, Johnson had struck a deal with prosecutors: He would escape the death penalty and spend his life in prison without possibility for parole, provided he testified in the capital case against his co-defendant King, age 45. King wasn't present; his case is still pending. But Johnson's fate was sealed.

During the hearing, Judge Steven Ohmer invited the accused to make a statement. Johnson,  looking frail in orange prison garb, declined. About a dozen of his family members sat in the benches behind him, distraught but quiet.

Members of the victim's family were present too, including Luke Meiners' sister, who'd come all the way from Atlanta, Georgia. Some wiped their eyes and held each others' hands. Yet none chose to give an impact statement.

However, Assistant Circuit Attorney Rachel Smith did rise to address the court. With her boss, Circuit Attorney Jennifer Joyce, looking on, Smith felt the need to put certain things on the record.

She described the "torturous" and "extremely painful" way the murder was carried out. She called Luke Meiners a "vibrant human being" who was killed for nothing more than a mid-level robbery.

What she didn't say aloud, but wrote in a pleading filed with the court that same day, was how this case had affected her personally: Cleophus King was caught in jail writing notes to Johnson, plotting to have her knocked off. And Ronald Johnson hadn't even bothered to notify her.

"He was an extremely kind and gentle person," she says. Once, a female colleague grew ill and missed work. Meiners didn't want her to lose any income, Redington says, so he offered to donate his own vacation time.

"Some lawyers get very competitive and just want to win," she observes. "But Luke always looked for the right answer. He was interested in justice. He was the kind of lawyer you want in your office."

His brother Matthew reported him missing in University City -- that's where the lawyer had an apartment. According to a search warrant application, U. City police soon learned that Meiners was last seen on Friday, March 7 in the company of "a black male who appeared to be a homosexual."

On Sunday, March 9, 2008, a Metro bus driver overheard something during his route and felt the need to tell the cops.

The driver had listened while a passenger -- described as a young black male with "feminine characteristics" -- talked into his cell phone about murdering a white male and dumping the body on the East Side.

That passenger, it turns out, was 20-year-old Ronald Johnson. Police used cell phone records to catch up with him. Once they did, Johnson in turn led them to his own boyfriend, Cleophus King.

After four years of hearings, interviews and court filings, a picture has emerged of what actually happened to Luke Meiners on the night of Friday, March 7.

Meiners and Johnson were friends. (Nothing in the court records suggests they were intimate). On the night in question, the young man asked the county lawyer for a ride to King's house at 5726 Waterman Boulevard, on the premise that Johnson needed to do laundry there. But it was a trap: Johnson and King were planning to rob him.

Once all three had converged inside King's house, Johnson and King attacked Meiners. They beat him, stabbed him multiple times, and strangled him with an electric cord.

But Meiners did not go quietly.

According to the pleading filed by city prosecutor Rachel Smith:


Once Meiners finally died, they wrapped him up with sheets and duct tape and heaved him into his own Jeep. They then drove the body over to Venice, Illinois, and left it in a vacant lot near an old rail line.

Next, the accomplices backtracked and drove to Luke Meiners' apartment in University City, where they stole his laptop and other devices. They used Meiners' credit cards to buy gas, food and cell phones.

Between those transaction records and the suspects' willingness to blame each other, the cops knew they'd nabbed the right men.

On April 4, a grand jury indicted both for first-degree murder, first-degree robbery and two counts of armed criminal action.

But soon, jailhouse intrigue was threatening to upend the prosecution's strategy. 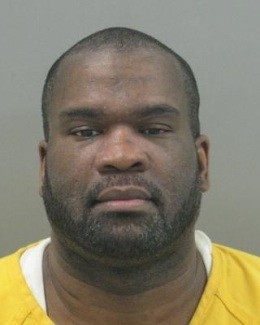 Johnson pleaded guilty in August 2010 and agreed to testify against his former lover, King.

Yet despite Judge Ohmer's orders to keep them apart while incarcerated, they both ended up in the city jail. They exchanged notes -- called "kites" in jail lingo -- through a variety of methods, including the mail and laundry system. Some of these were in code.

In that correspondence, they agreed that Johnson would renege on his cooperation and that they would both try to beat the case. King threatened that he would "get at" Johnson if he got cold feet. According to Johnson and another jailhouse informant, King further discussed ways to have prosecutor Rachel Smith murdered.

King even expressed a desire to have Circuit Attorney Jennifer Joyce assassinated, according to Johnson's testimony in a March 2012 hearing.

Johnson failed to tell the prosecutors about any of this, even though he was supposed to be collaborating with them.

However, in a ruling last June, Judge Ohmer found that Johnson only behaved this way out of fear of his former boyfriend. At present, Ohmer concluded, Johnson is not scared of reprisal and will testify. That decision cleared the way for the sentencing on Wednesday night.

"I commend you in the sense of you taking responsibility for the tragic events that occurred," Judge Ohmer told Johnson, whose right hand shook as he clutched a tissue.

The judge continued: "You can't turn back the clock, and it never justifies what happened. But your family has been very supportive, they've been counseling you. And even if you leave prison -- I don't think you will -- it's still a huge first step to take responsibility, and that's what you've done."

At that, Johnson broke down sobbing, covering his face with his hand. Several members of his family also wept.

"We're glad to have it finally be over," Meiners said. "It's an appropriate sentence."

Although, in a sense, it's not entirely over: Cleophus King is scheduled for trial in August 2013. Prosecutors are seeking the death penalty. They're counting on the cooperation of Ronald Johnson.

Outside near the elevators, we caught up with Ron Freeman. He said he was Johnson's stepfather, and had known the young man most of his life.

"He got mixed up with the wrong people," Freeman said of his stepson. "That happens in life."

The same could be said, perhaps, of the late Luke Meiners.