Cops: Eddie Conners Ran Over Woman With Truck Then Fled the Scene 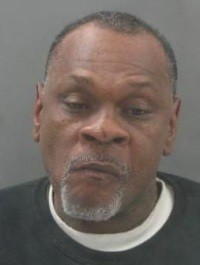 Cops have arrested Eddie E. Conners, a 56-year-old from the 6200 block of Dardenella, for allegedly running over a woman last spring with a pickup truck and then -- like a coward -- fleeing the scene.

He left the woman in very bad shape.

He's been charged with assault and leaving the scene of an accident.

According to court records, the victim -- a 46-year-old black female -- was walking west on the double yellow lines of Natural Bridge Avenue in its 4200 block on May 2 at around 10:22 pm.

He crossed the center line and hit the woman.

As the probable cause statement describes it, the collision broke her back, leg and arm, (and eventually had to have her spleen removed).  He then kept driving.

Conners has six prior convictions going back to the 1970s, including stealing, burglary, robbery, assault and escape from custody.