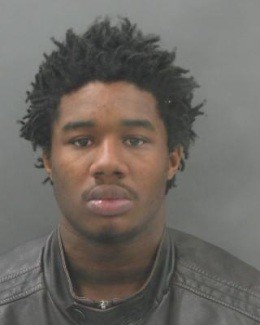 Police believe they've caught up with the low-life who twice robbed a South City Subway restaurant -- and are accusing him, in addition, of shooting a man through a car window.

Deangelo Webb, a 19-year-old from the 3800 block of Shenandoah Avenue, faces charges of robbery, assault and armed criminal action for a trio of incidents within the last month.

According to the probable cause statement posted online, it was Webb who robbed the Subway restaurant at South Grand Boulevard and Shenandoah Avenue on November 18, and then again on December 8.

Both robberies were caught on surveillance cameras.

Plus, authorities are alleging that, last Thursday, Webb and an associate approached a man who was getting into his car on the 3300 block of Halliday. When the man closed the car door, Webb tried to open it but couldn't, so he shot the man through the car window.

The man suffered injuries in the upper-chest/shoulder area.

Right now, Webb is already on probation for a pair of burglary offenses from 2011.