City of St. Louis Has 2nd Highest Rates of Chlamydia and Gonorrhea in the U.S. 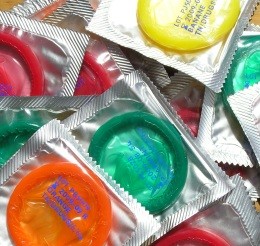 Just looked at the new numbers released by the Center for Disease Control and Prevention.

There's a sliver of good news and some pretty bad news. First, the bad news.

Among U.S. counties and independent cities, the city of St. Louis had the second-highest rate of both chlamydia and gonorrhea in the country last year. (The big winner was Orleans County, Louisiana. Laissez les bons temps rouler!)

By the way, if you don't know which STDs we're referring to, we invite you to glance at these revolting photos of chlamydia and gonorrhea that will make you never want to have sex ever again, or at least until after lunch.

Still, the number of cases reported in the city has climbed: We had 4,642 new cases of chlamydia and 1,952 new cases of gonorrhea last year; both figures are higher than in the previous report.

The good news is that in at least one area, we're doing better: Last year we had 403 cases of syphilis (all stages combined), but that's dropped to 271 cases.

You can read the CDCP's report in PDF format or online.