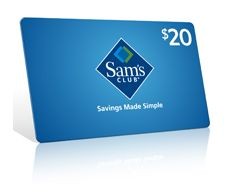 For the first half of 2012, Genis Helm was a customer service agent at the Sam's Club in Maplewood.

The 26-year-old's job was to accept returned merchandise from dissatisfied customers and issue cash refunds and gift cards to those customers. All fine and good.

But what she started doing was issuing phantom refunds to herself (presumably for merchandise that got thrown out anyway, like perishable food items -- that way, one wouldn't get caught very easily).

Not only did she use the refund gift cards and cash herself, she also gave it away to family and friends. She did this more than 100 times, and stole about $22,000.

She admitted to doing this yesterday. The official charge to which she pleaded guilty was one count of felony wire fraud.

She faces a maximum of 20 years in prison and a quarter-million dollar fine.

She's been ordered to pay restitution to Sam's Club. She'll be sentenced on March 19.