Namely, that a secret network of global puppet-masters known as the Illuminati are building a vast bunker in the caves underneath a fortified mega-mansion near Ozark, Missouri, to shield themselves once they've triggered World War III and the collapse of civilization. 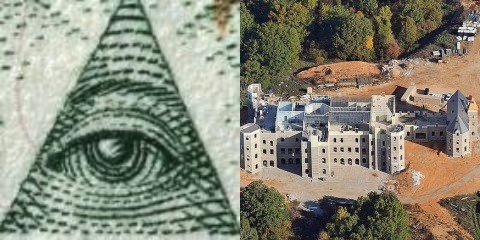 Jesse Ventura is a Navy veteran, former pro wrestler, former Minnesota governor, and now, conspiracy investigator. He has a show on TruTV called "Conspiracy Theory." It's about conspiracies.

We won't give too much away, because it's way more fun to actually watch it. But we will tell you this: One of the members of Ventura's team is Sean Stone, son of Oliver Stone. He claims that he's been contacted by an Illuminati insider.

This contact turns out to be a woman named Lisa, who is a Cherokee Indian. She walks around with a horse. They meet in the woods, in the dark, and have an unironic conversation.

This show is incredible.