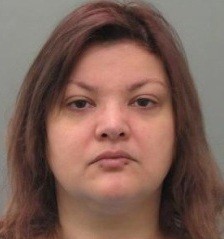 Let's begin with what Rachel Armstrong of South St. Louis County allegedly did back on November 21, according to police spokesman Randy Vaughn:

While putting her 92-year-old grandmother to bed, Armstrong became convinced the old woman was a demon or had a demon in her.

So Armstrong threw her down and stomped on her.

This broke both of the grandmother's arms and eight of her ribs.

Originally, Armstrong -- a 37-year-old from the 11040 block of Golf Crest Drive in Sappington -- was charged only with felony elder abuse, because the grandmother survived the attack.

But she finally died on Sunday, and the medical examiner determined that the cause of death was the attack, Vaughn says.

Therefore, prosecutors are planning to present their case to a Grand Jury in order to upgrade the charges against Armstrong.

Vaughn tells Daily RFT that Armstrong was initially taken to a hospital for a mental health evaluation, but has since been transferred to the St. Louis County Justice Center and is being held in jail on $75,000 cash-only bail.