Young Mother Charged With Murder After Baby Drowns in Bathtub 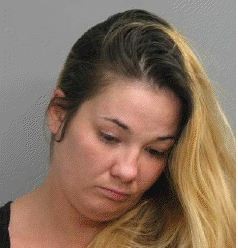 A 24-year-old woman now faces charges of second-degree murder and endangering the welfare of a child after she (allegedly) left her baby to drown in a bathtub at a Hazelwood hotel.

According to Hazelwood police, the young woman -- Brooke Maynard --  is originally from Florida, but has been staying at the Extended Stay of America Hotel at 6065 North Lindbergh Boulevard for the last few months.

Yesterday, the Hazelwood cops say, she put her nine-month-old son, Roman Bell, in the bathtub and started the water. Then she left.

When she came back, she found him in the full tub, not breathing.

Despite several attempts to resuscitate him, he was pronounced dead at the hospital.