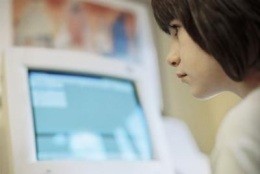 Ladue Police are now investigating a rather disturbing incident at Ladue Middle School, according to media reports.

The student had apparently accessed a sex chat website, and not entirely by accident, either.

This student (gender unknown) had reportedly sent pictures of his/her genitalia to the individual on the screen, using a cell phone.

The Ladue School District has released a statement on how they handled the incident:

Ladue Middle School administrators investigated the incident, contacted the student's parent(s), implemented appropriate disciplinary measures pursuant to school policy and notified the district's Student Resource Officer, who is also a member of the City of Ladue police department. This prompted a police investigation.  The school district will cooperate fully with this investigation and will protect the student's privacy as dictated by federal law and district policy.