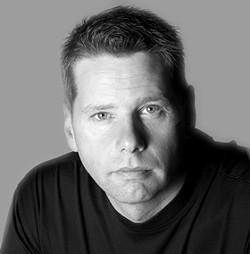 KTRS (550 AM) radio host McGraw Milhaven says he has attempted to get Missouri's incoming Speaker of the House, Tim Jones, onto his program on a couple occasions. The first time was in October of last year. Milhaven says Jones (R-Eureka) declined the invite.

The second attempt came this week after the Post-Dispatch reported on the questionable practice of legislators using their campaign accounts to reimburse lobbyists for gifts. Exhibit A in the article was Tim Jones.

Earlier this year Jones used his election campaign funds to reimburse AT&T lobbyist John Sondag $200 for basketball tickets that Sondag gave Jones and his wife to attend the NCAA Regional in St. Louis. The repayment keeps the lobbyist gifts off expense reports making it difficult for the public to view what lobbyists are spending on legislators. (Jones, who chairs the House Ethics Committee, told the Post-Dispatch that he hasn't done anything wrong and that he holds himself "to the highest ethical standards and I am not influenced by lobbyist spending.")

When Milhaven asked him onto yesterday's show to discuss the political shell game, Jones' office responded that the legislator was too busy. And that launched an idea. 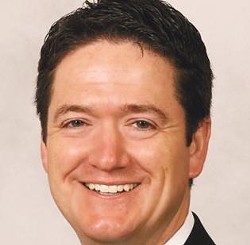 Milhaven thought perhaps he could lobby Jones onto his show with free tickets to a St. Louis Rams game. During Wednesday's program, Milhaven solicited $775 in pledges from listeners  (including $5 from St. Louis Board of Aldermen President Lewis Reed and $150 from car dealer Johnny Londoff Jr.) to purchase two suite tickets at a Rams game for Jones and his wife.

"The idea was that I could then 'bump into him' at the game and we could discuss business and sports, just like he told the Post-Dispatch he does when attending a sporting event with lobbyists," explains Milhaven. "Perhaps we could even do the radio segment from the game, if he's willing."

Milhaven adds that his ruse would also benefit the less-fortunate. "When his campaign reimbursed us for the tickets, we'd donate that money to a charity. It's brilliant!"

If only Jones thought so.

When Daily RFT contacted Milhaven yesterday to discuss the plot, the radio host said he'd just gotten off the phone with Jones. "He called me and started screaming about how I was belittling his office and disparaging his family. All I want to do is take him to a football game. When I asked if he and his wife would still like the tickets, he shouted 'leave my wife out of this' and suggested there'd be legal action if I kept it up."

Reached for comment, Jones admits that he doesn't see the humor in the gag.

"I'd be happy to take Milhaven to the game because I already have Rams tickets through my law office," says Jones. "Though I don't know if he and I would have an enjoyable time together."

Jones adds that he had a legitimate scheduling conflict for Milhaven's Wednesday broadcast and that the KTRS host has only approached him twice for radio interviews in his six years in office. Both times the requests have been about what Jones perceived to be negative issues. (Milhaven says he wanted to talk to Jones last October about a House resolution praising Lockheed Martin and not Boeing, which has a manufacturing plant in St. Louis.)

"I've done thousands of interviews around the state," says Jones, "and he only wants to talk about these items that have nothing to do with serious public policy?" (This from a man, mind you, who is a documented birther, is known to tweet about avenging the "left wing trolls", and was only too willing to advocate for laxer gun laws the day after a gunman killed 12 people in a Colorado cinema this past summer.)

Besides, says Jones, he doesn't need to talk to Milhaven because, as he sees it, he's already discussed the lobbying issue (and laid it to rest) in an interview Tuesday afternoon with KMOX's right-wing afternoon host, Mark Reardon.

Says Jones: "Maybe he (Milhaven) is just jealous that I was on the competition first."

Below is audio from Milhaven's show on Wednesday in which he explains how the lobbying would work.