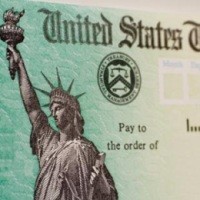 You may recall Patrina Taylor, the Creve Coeur woman who tried to use a dead person's IRS tax refund check to take the cash for herself.

Well, the feds now believe she was merely one "cooperator" in a larger identity theft ring, run by a former St. Louisan living in the South.

Tania Henderson, a 27-year-old resident of Wesley Chapel, Florida, has been charged with conspiracy to steal government funds.

The feds say 191 bogus tax returns of identity theft victims -- some living, some dead -- have been filed from a computer at Henderson's home. All told, she'd attempted to embezzle $1.4 million, some of which she'd received.

Allegedly, Henderson would share some of the stolen funds with her network of co-conspirators in the field.

She faces a max of five years in prison and fines up to a quarter million dollars.