A Trip Inside the New, Improved Central Library 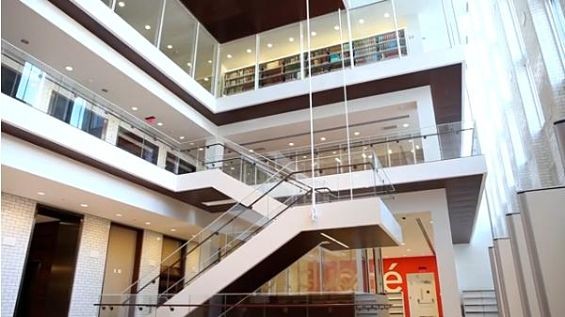 At last! After two-and-a-half years, $70 million and a few tantalizing glimpses, the Central Library will re-open on Sunday, December 9, less than two weeks away. The 101-year-old building, designed by its original architect Cass Gilbert to resemble a Renaissance palazzo, had been entirely gutted and then reassembled and rearranged for the twenty-first century. It also received a good scrubbing.

Kevin A. Roberts of St. Louis Magazine has created a video tour of the new and improved library, narrated by its executive director, Waller McGuire. And now, after seeing this, we're even more impatient to get in there and take a look around for ourselves.