Woman Films Herself Nude for VietSingle.com, Complains a Guy Is Blackmailing Her With It 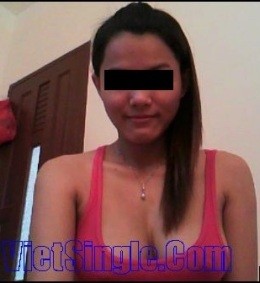 Last Friday morning, a 38-year-old woman walked into the Springfield Police Department to make a complaint.

She was being blackmailed, she told an officer -- but felt "embarrassed," according to the incident report obtained by Daily RFT.

The woman, whom we decline to name, explained to the cop that she'd filmed herself as a "full-nude web-cam girl" for the website, Vietsingle.com.

The site matches up singles, but on November 10, the woman got matched up with some dude from San Diego, California with the screen name "Amaranth."

And this guy wrote e-mails saying he'd made a copy of the video, and would send it to her family and colleagues if she didn't give him $5,000.

The woman showed the officer some e-mails. One of them, sent last Wednesday, reportedly looked like this;

This is Amaranth send me an email now. don't fuck with me I don't do games just reply my email and let us conclude.

Then, also the same day:

send me an email now about my $5,000.00 and I will stop the video from coming out check your email now - don't fuck with me.

The woman then showed the officer another e-mail that he found "hard to read" because it was in "mixed English," but it threatened to release a video showing her and her "lovers."

The officer asked what "lover" meant.

She said she was "unsure." The officer asked if any of the videos she'd filmed involved other people. From the report:

[she] refused to answer, stating that she was embarrassed.

She explained to the officer that her goal, for the time being, was simply to memorialize the threats by making a report.

Oh, then she added:

she wished to show the video of the webcam to a Detective should one be assigned to the case.

But as of yesterday afternoon, no detective had been assigned, according to the Springfield police.