[UPDATED] Fenton Man Charged With Stealing Jeep with Baby Inside 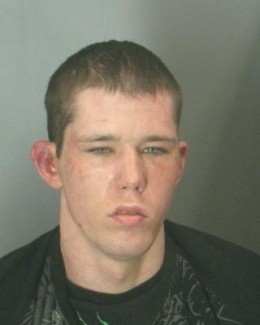 Updated with charges and mugshot:  Ryan Beckler, a 21-year-old from Fenton, has been charged for the incident on Wednesday when a Jeep was stolen with a baby inside.

He faces charges of stealing a motor vehicle, felony facilitating a kidnapping and endangering the welfare of a child.

He's being held at Jefferson County jail without bond.

Original post:  At least one mother in Jefferson County will never make this mistake again.

Yesterday at about 5:30 pm, a woman parked her black Jeep Cherokee at a convenience store on Old Highway 21 in Imperial, according to the Jefferson County Sheriff.

She left her 19-month-old daughter in the car seat.

And she left the engine running.


When the mother walked out of the convenience store, she saw -- probably to her absolute horror -- her car being driven off the parking lot.

The thief soon dropped off the little tyke in the 2300 block of Romaine Creek Rd. A witness there called the sheriff's office. Deputies came and recovered her, then returned her to her mother.

Later, at 7:47 pm, a deputy spotted a vehicle in Fenton that matched the description of the stolen Jeep. When the deputy tried to pull it over, the driver attempted to flee.

The deputy chased the suspect on foot and caught him and arrested him.

He's being described only as a 21-year-old white male from Fenton.