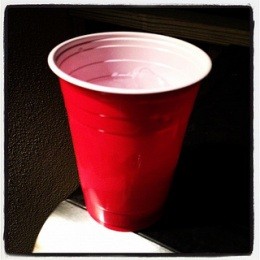 Rape is never ever justified. No one ever deserves it. It is always a revolting crime.

That said, there are certain things you should definitely avoid to keep yourself safe -- from rape, yes. And murder. And kidnapping, and every other crime-against-a-person, ever.

Guideline #1: Do not pick up a stranger in your car.

Guideline #2: Do not then drink this stranger's "alcoholic mixture."

Sadly, a teenage girl did both of these things Wednesday night, then reported to police that she'd been raped while on the University of Missouri - St. Louis campus.

An UMSL spokesman says that neither victim nor suspect appear to be affiliated with the school.

The 18-year-old female told police that she's been driving her silver Kia Spectra near the intersection of Hanley and Natural Bridge roads at around 9:30 pm Wednesday night, according to the UMSL spokesman.

She picked up a male she did not know. She later described him as


They parked in the Research Parking Lot and drank his "alcoholic mixture."

She says she'd blacked by the time the suspect was having "non-consensual sex" with her.

Once she woke up and felt OK to drive, she went home and called it into the county police, who called UMSL at 3:40 am.

By the way, a statement that UMSL officials sent to students echoes Daily RFT's advice:

Be cautious to offer rides to persons you do not know
Don't accept drinks from other people
Don't share drinks
Report any suspicious activity immediately to the police.


May no one else have to learn this lesson the hard way.