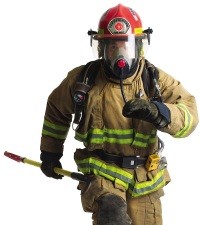 Yesterday, the Missouri Supreme Court basically told St. Louis city firefighters: "If you have seven years of service under your belt, go ahead and move outside the city limits if you want."

So they can finally leave, at last. But will they?

"Some will, some wont," says Jeff Rainford, Mayor Francis Slay's chief of staff. " I don't think this will be a game-changer for our neighborhoods. It may even be a positive. But the bigger point is the principle. The mayor believes that the people of St. Louis pay the bills, and they should be making this decision, not politicians in Jefferson City."

The city's residency requirement for firefighters is decades old. But in 2010, then-state Senator Jim Lembke pushed through a law -- applicable to all Missouri cities -- allowing any firefighter who's served for seven years to ignore residency requirements if his/her school district has lost full accreditation within the past five years.

(St. Louis Public Schools was stripped of accreditation in 2007; it's now provisionally accredited.)

The Slay administration challenged this state law on the basis of "home rule," arguing that only St. Louisans should make such decisions -- not Jefferson City policiticians. The city won at the trial court level, but several appeals later, the Supreme Court has disagreed, concluding that "home rule" doesn't cover residency issues:


The home rule law is quite straightforward. It gives charter cities authority to set the powers, duties and compensation of their employees. Residency does not constitute, nor is it claimed to constitute, a power or duty of firefighters, nor does it concern their compensation.

Rainford says that the mayor isn't even opposed to veteran firefighters moving outside city limits if they so desire, pointing out that Slay was in favor of amending the charter to this effect through the Board of Aldermen. However, the firefighters decided to go the Jefferson City route, which the mayor opposed on principle.

So here we are. But what practical effect will the ruling have, on the ground?

"The feedback I'm getting is that people want people in their neighborhoods who want to be there," Rainford says, adding that some residents take the firefighters' desire to move as an "insult."

He continues: "The other thing is, the more they move out, the less political clout they have as voters, so it could hurt them politically."

Daily RFT put a call into the firefighters union for their reaction. We'll update this post when they get back to us.