Missourians File Petition With White House to Secede From Union

Missouri has joined a growing list of states petitioning the federal government for secession in the wake of President Obama's reelection.

Residents in at least 20 states have posted petitions on the White House's "We the People" website. "We the People" allows anyone to suggest a policy initiative and with 25,000 signatures of support the administration is required to consider the concern and issue a response. The Missouri petition was filed on Saturday and as of this writing had over 9,000 signatures (a great number of them from out of state).

The petition asks the Obama administration to "peacefully grant the State of Missouri to withdraw from the United States of America and create its own NEW government."

The administration launched the "We the People" petitioning site in October 2011 to help unorganized interest groups find a voice. Hundreds of campaigns have received the requisite number of signatures and earned responses from the White House, but critics argue that those responses have been canned (i.e. not serious considerations of the initiatives put before the government).

This isn't the first time Missourah has made a move to secede (and probably won't be the last): In January 2012 Tea Partier Brian Nieves, a Republican state senator from Franklin County (and the state senate's majority whip), introduced SJR 45, a state constitutional amendment to allow Missouri to ignore federal law. 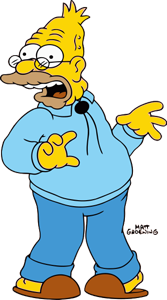 Here's the text of the amendment:

Upon approval by the voters, this constitutional amendment prohibits the Missouri legislative, executive, and judicial branches of government from recognizing, enforcing, or acting in furtherance of any federal action that exceeds the powers delegated to the federal government.

The state also shall not recognize, enforce, or act in furtherance of any federal actions that: restrict the right to bear arms; legalize or fund abortions, or the destruction of any embryo from the zygote stage; require the sale or trade of carbon credits or impose a tax on the release of carbon emissions; involve certain health care issues; mandate the recognition of same sex marriage or civil unions; increase the punishment for a crime based on perpetrator's thoughts or designate a crime as a hate crime; interpret the establishment clause as creating a wall of separation between church and state; or restrict the right of parents or guardians to home school or enroll their children in a private or parochial school or restrict school curriculum.

Nieve's amendment was placed on the "informal calendar" in May, which means it didn't have the votes to pass but the Senate will hang on to it indefinitely, in case something changes.

Missourians were also infamously divided in their allegiances during the Civil War. Both the Union and the Confederate claimed Missouri as their own and we sent state representatives and troops to both governments. How this happened remains a matter of dispute for many historians, but the conflict (familiarly) highlighted the vast differences between St. Louis and the rest of the state.