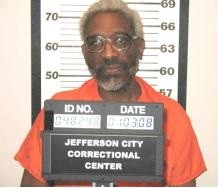 Update: The Attorney General has decided to appeal the ruling that would overturn George Allen's conviction.

In a statement sent to reporters, a spokeswoman for state prosecutors said:


We believe the facts and circumstances of the case and the trial court's findings should be examined by the appellate court as part of the normal safeguarding process.  We will defer to the Western District Court of Appeals' decision in this matter, and if the court determines the judge's ruling is correct, we will not pursue further action.


Original Post: Circuit Attorney Jennifer Joyce announced today she won't re-file charges against 56-year-old George Allen, who has been locked up for nearly three decades for the murder of court reporter Mary Bell back in 1982.


On Friday, Cole County Judge Daniel Green finally agreed with Allen's attorneys from The Innocence Project and Bryan Cave that the man hadn't gotten a fair trial. The city cops had failed at the time to disclose evidence that would've helped Allen's case, the judge found.  Friday's ruling threw the ball back in Joyce's court.

Today, Joyce declined to retry the case, explaining in a written statement that a key witness has since passed away.

She then hastened to add that the judge found "no evidence of prosecutorial misconduct," and that the ruling does not mean

In other words: We're not the ones who f--ked this up, guys. It was the police.

If the judge's findings are to be believed, that's accurate. You can read the judge's ruling here.

For more background on this case, go here and here.