Who Knew? Climatron Was Constructed Around MOBot's Existing Palm Trees 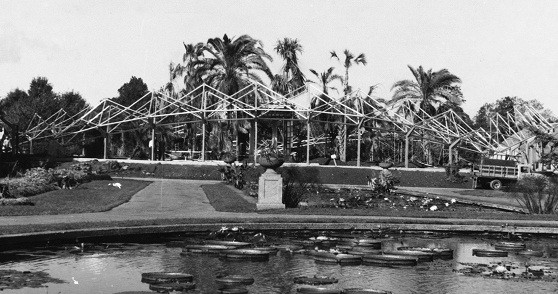 Each week publishers bombard Riverfront Times with dozens of books that we will never read. Once in a great while, though, one of those unsolicited tomes will sit on a desk long enough for someone to actually pick it up. Such was the case last week when we received (and actually flipped through!) a copy of Missouri Botanical Garden.

There, by golly, on page 100 was something we never knew. MOBot's famed Climatron was built around existing palm trees! Unfortunately, the story does not have a happy ending. Not for the trees anyway. 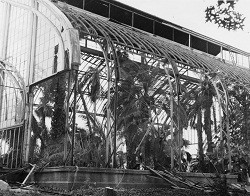 As author Todd E. Styles explains in the book, the Climatron was built to replace the aging Palm House that, beginning in 1913, housed the garden's tropical plants. Construction of the Climatron got underway in 1959 with the dismantling of the Palm House. The hope was that MOBot could then build the Climatron quickly enough in the Palm House's footprint to salvage the trees before the first frost of winter. It didn't happen.

The Climatron, with new palm trees, opened in October 1960 and quickly became the garden's biggest draw. So there you have it. Now go impress your friends with this amazing factoid! 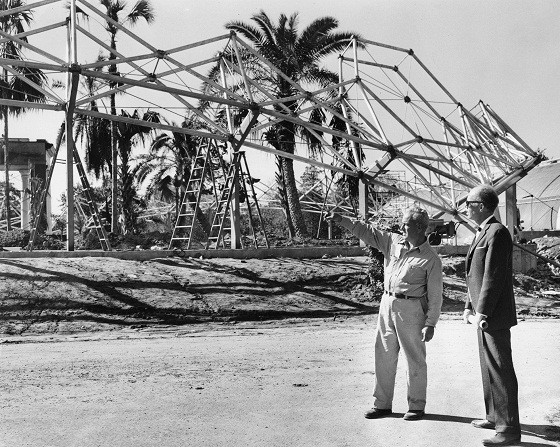 Photos reprinted with permission from Missouri Botanical Garden, by Todd E. Styles. Order your copy online at www.arcadiapublishing.com or by calling 888-313-2665.