Another Newman Charged With Robbing, Shooting Young Woman In Face 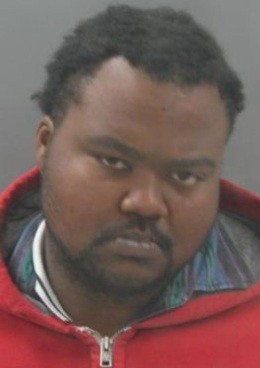 Remember those brutal robberies near I-44 and Grand Boulevard where people were giving up their goods but still getting shot - sometimes in the face? Less than two weeks ago, authorities arrested Vincent Newman of Midtown on the belief that he was responsible.

Now they now believe one of the incidents was actually perpetrated by his brother.

According to the probable cause statement, Newman approached the 27-year-old victim just before 6 am that morning as she was walking to her car in the 1600 block of Spring Avenue - scarcely a block from the Newman brothers' address.
She saw the suspect pointing a gun at her and threw her black bag on the ground. She herself somehow ended up on the ground, and her iPhone fell out of her coat pocket.

The suspect (believed to be Newman) grabbed the bag and the phone, then pointed the gun at her head. She put out her hand as if to stop him, but he fired anyway, hitting her thumb and her cheek.

On Monday, an officer spotted Newman near the Forest Park-DeBaliviere MetroLink station. Newman took off running, but two officers chased him. He jumped over two fences before finally being subdued.

The med student was able to pick Joseph Newman out of a lineup.

He has several priors going back to 2006: robbery, tampering, assault and possession of a controlled substance.