Where Are They Now: Current NHL Players Edition 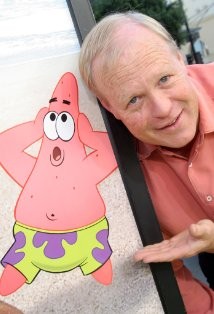 You know those Where Are They Now specials they have on VH1 from time to time, where they pick a bunch of has-been celebrities and tell you what they've been up to since the last time you cared? (Spoiler: It's usually cocaine.) Well, this isn't one of those specials.
Actually, that's not true. It sort of is. The only difference is we're not talking about a teen heartthrob of the '80s who's been busily consuming his weight in crystal meth over the past decade, or a former child star who waited about five years too long to appear in Playboy.

Today we're talking about current professional hockey players, many smack dab in the middle of their primes, who can't ply their trade due to the abject idiocy of the NHL.

In other words, we're basically talking about a Where Are They Now special done entirely on people you should know exactly where they are.
Such is life in the modern NHL, where no one seems too eager to actually get back to, you know, playing hockey.
Without the National Hockey League in which to play, the world's top hockey players have been forced to take their talents elsewhere, namely Europe and Russia. Not a bad life, I'm sure; how many of us wanted nothing more than to backpack across Europe for a while back in college? Plus, I'm thinking these guys aren't stuck in the same kind of awful youth hostels that American 19 year olds tend to frequent.
On the other hand, that's kind of a shame, because let's face it, Pekka Rinne just looks like the kind of Euro douchebag who's going to ruin your day with terrible techno music, doesn't he?
Anyhow, here's the map of where current NHLers are playing; I of course am chiefly interested in where current Blues players are right now.
Chris Stewart is playing in Germany; I'm hoping he picks up some of the discipline and, well, craziness Germans trade in. (As a man of primarily German heritage, I have no problem telling you there's something seriously nuts about my people.) Stewart is soft and underachieving in the NHL; what he really needs is some cold efficiency bred into his game.
Alex Steen is in Sweden playing for Modo (no clue what a Modo is), and has been awesome, with 14 points in 10 games. Not surprising, considering how good Steen was for the Blues, too. He's actually kind of the opposite of Stewart, really; he's overachieved since being acquired in a trade, turning out much better than what was expected at the time.
Vladimir Tarasenko is back playing in Russia for SKA of the KHL, which is very depressing to me. I hope I'm wrong, but I just don't have a great feeling that we're going to actually see the Tank in a Blues uniform anytime soon. And by soon I mean ever.
Patrik Berglund is playing in Sweden too, though on a different team from Steen. Bergie is Swedish, so not exactly a huge surprise he just went home.
Roman Polak is playing in the Czech Republic. I'm going to refrain from making any jokes about how or why I thought he would be playing in Poland instead. Or how many Roman Polaks it might take to change a lightbulb, for that matter.
Vladimir Sobotka is in the Czech Republic also. I don't have anything to say about him. Sorry, Vlad.
All of these are in addition to the players the Blues have just stashed in the AHL this year, playing for the Peoria Rivermen. Jaden Schwartz, Cade Fairchild, Ian Cole, Phil McRae, and Jake Allen were all expected to at least have a chance of making contributions to this year's Blues team, but instead are all spending their time in the wilds of Illinois.
Sadly, it doesn't look as if things are going to change anytime soon, either. The league doesn't seem too very inclined to get back to playing games, preferring instead to just continue walking toward the cliff. The NHL is dying, and nobody seems too very worried about it. This Where Are They Now post, I'm afraid, could very well end up being Where Are They Going To Be, considering there may not be a league here for these players to come back to.