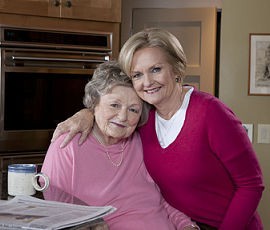 Betty Anne McCaskill, who is now most famous as one of the chief campaigners for her daughter Claire but who had a long career of her own in Missouri politics, died yesterday at home in St. Louis after a long illness. She was 84.

Claire McCaskill, who had last week suspended her campaign for re-election to the U.S. Senate in order to care for her mother, said in a statement, "For some time, mom's health has not been good, and our family takes comfort that she is now at rest."

We were incredibly lucky to have a mother like her, a woman of great intellect and strength, who loved and nurtured, challenged and pushed, and was always there with wise counsel and great humor. While we know she's finally at peace, our family and her friends will all miss her so very much. Her death creates a hole in my life that will never be filled.

McCaskill became most familiar to Missouri voters during her daughter's 2006 campaign, when she toured rural parts of the state in an RV to get the vote out, charming voters by using terms such as "hornswoggled" and "rickeydooed," relics of her Ozarks upbringing. But her involvement in politics began long before that, going back to her graduation from Mizzou in 1950 when, inspired by the commencement speaker, then-President Harry Truman, she decided to take a crack at public service herself.

At first, McCaskill's contributions were behind the scenes. Along with her husband Bill, she volunteered for many campaigns, starting with Senator Stuart Symington, who was first elected in 1952. On Halloween in 1960, in the middle of one of the most heated Presidential campaigns, she encouraged her children to go door-to-door saying, "Trick or treat and vote for JFK." 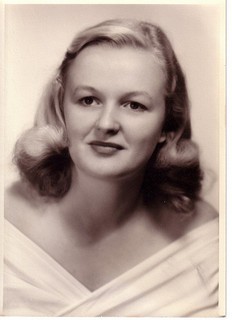 But by 1970, McCaskill had become well-known enough within the state Democratic party that Governor Warren E. Hearns appointed her to the Missouri Commission on the Status of Women. As a member of the commission, she examined the roles and opportunities available to women in business, government and education and made recommendations for improvement.

Apparently McCaskill decided to take her own advice: The following year, she became the first women elected to the Columbia City Council.

Though McCaskill's one bid for state office was unsuccessful -- in 1978, after a move to Springfield, she ran for state legislature against Leroy Blunt (father of the other current Missouri senator) -- she continued to hold a number of appointed offices, including Springfield Region Director of Census and president of the board of director for William Woods University, which she'd attended before transferring to Mizzou. In 2008, the Boone County Democrats established the Betty Anne McCaskill Glass Ceiling Scholarship for young women who take an active role in the party.

In 1982, when her husband became ill, McCaskill took over as the family breadwinner and began a 20-year career as a financial consultant for Waddell & Reed, an asset management firm in Kansas City.

After her retirement, McCaskill moved to St. Louis to live and campaign with Claire.

In addition to Claire, she is survived by two other daughters, Anne Moroh and Lisa Finn; a son, Will McCaskill; six grandchildren and her caregiver, Sarah Dalton. A memorial service will be held on Sunday, November 4, at 3 p.m. at the Sheldon Concert Hall. Instead of flowers, the family requests donations to the Betty Anne McCaskill Scholarship Fund, 109 Reynolds Alumni Center, University of Missouri, Columbia, MO 65211.