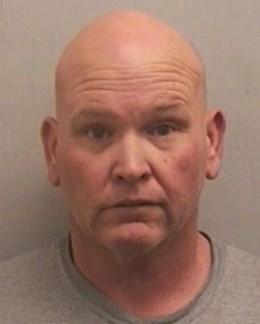 Jack C. Baldwin Jr., a 46-year-old from Belleville, was sentenced yesterday to 25 years in federal prison for sexting back and forth with an 11-year-old girl, according to the U.S. Attorney for the Southern District of Illinois.

Last August, Baldwin admitted that he sent a pair of photos of his "nude, erect penis" to the girl back in December 2011.

He also convinced the young girl to take a close-up shot of her own private parts and text it to him.


The official charges to which Baldwin pleaded guilty were Enticement of a Minor, Transfer of Obscene Matter to a Minor, and Transportation of Child Pornography.

(Tthe latter charge stemmed from the fact that he forwarded the photo of the girl's genitalia from his cell phone to his own e-mail account, according to federal prosecutors).

Once he gets out of the slammer, at age 71, Baldwin will still have to be on supervised release for 10 years.

According to the Post-Dispatch, he came into contact with the kid because he was friends with her mother.

Court records show he was also charged in St. Clair County with predatory criminal sexual assault of the same girl on June 1, 2011, several months before all the sexting. But those charges have since been dismissed.