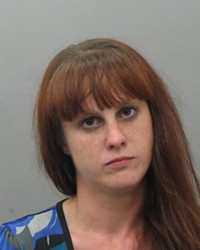 A house cleaner from Jefferson County has been charged with felony stealing for taking an engagement ring from the home of a 90-year-old woman and pawning it for cash.

According to St. Louis County police, Angela Wisecarver, 31, was cleaning a house in west county this past July when she pocketed the piece of jewelry. The diamond ring had belonged to the victim's mother and carried an estimated price tag of around $5,000. The victim, though, considered the ring priceless.

Police say that Wisecarver pawned the ring at a Crestwood pawn shop the same day she stole it . The family heirloom has since been returned to the victim.

"We don't often have the chance to feel rewarded by our work," said Chief Tim Fitch. "This case definitely offered that opportunity."

Authorities say Wisecarver's employer, Executive Cleaning Service, aided the investigation and that the suspect had been a recent hire of the company.