The Missouri Department of Conservation has confirmed the sighting of a mountain lion outside the town of Ellington in Missouri's Reynolds County. A trail camera captured the shadowy image (above) on October 10.

Reynolds County, in the Ozark hills of southeastern Missouri, is something of a hotbed for puma sightings, with five confirmed reports over the past decade and a half. Conservation officials have now confirmed a total of 33 mountain lion sightings in Missouri since 1994. (See map below.)

Some of the cats, often captured by trail cameras, may be images of the same cougar. The conservation department believes the animals, which where extirpated from Missouri in the 1920s, are migrating here from South Dakota. 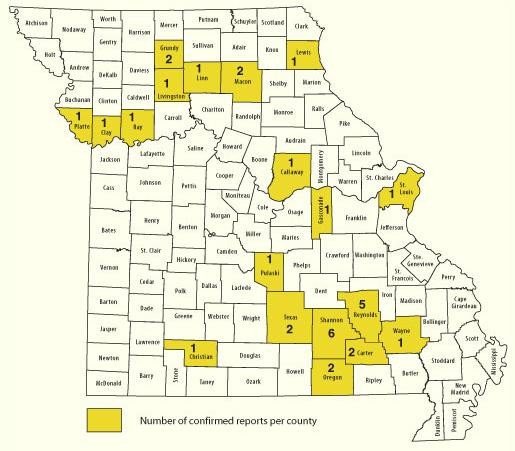