But Wait -- How Does Hurricane Sandy Affect Us?

In case you've been living under the proverbial rock, you have likely heard that Hurricane Sandy, also known as Frankenstorm, is bearing down on the East Coast, bringing with her 90-mile-per-hour winds, twelve-foot water surges and snow. Flights have been cancelled. Everybody is hunkering down (except, apparently, for a few clueless morons in a waterfront high-rise in Williamsburg, Brooklyn) and preparing for the worst. Facebook is full of messages wishing those Easterners well.

But are we here at Daily RFT the only ones who detect a another note beneath all those well-wishes and concern, so quiet that only we, with our dog-like sensitivity to anything that even remotely resembles a whine: "What about us?" Another national emergency, and we can't participate in it at all?

We decided to take that whine to the National Weather Service.

"Nope, it's not going to affect us much at all," says Pat Slattery, the media spokesman for the central region, who picked up his phone immediately.

Slattery tells the storm has generated cloud cover stretching for 2,000 miles. And even then, we can't get a spot beneath its umbrella of relevance.

We feel almost on the verge of tears. Is there really no way we, too, will get to spend the next three days at home, catching up on our reading, taking naps when we feel like it and consuming epic quantities of junk food while at the same time garnering the concern and sympathy of far-flung friends and relatives?

"Why don't you call Jim Keeney?" Slattery finally suggests. "He's a meteorologist. He may have more information."

"There's a lot of real estate being covered," Keeney tells us. "The storm will be felt in the Great Lakes, as far as the south side of Chicago, Indiana, Kentucky and Ohio. There will be 30- to 40-mile-per-hour winds in eastern Indiana and Michigan. But west from there? No."

Instead St. Louisans will enjoy clear and sunny skies, temperatures in the upper fifties and winds out of the north and northwest at five to ten miles per hour. And lots of updates from the Weather Channel. 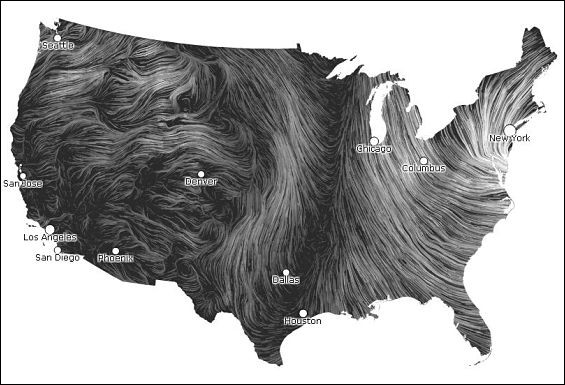