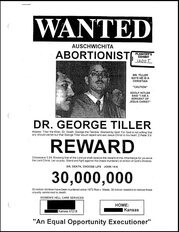 This week isn't the first time Todd Akin has had to answer questions about his relationship with Tim Dreste, one of the country's most infamous anti-abortion activists of the 1990s. But with election day just two weeks away, a national media that's always achin' for some Akin and news that Akin was arrested not just once (as he had previously disclosed) but four times in the 1980s for participating in anti-abortion protests, Akin is receiving some high-profile scrutiny this time around.

So who is this Tim Dreste guy Salon and other media outlets are so upset about?

The Riverfront Times profiled the man many consider to be some mix of "domestic terrorist, religious fanatic, paramilitary right-wing nut" in 1999, following his federal conviction for co-conspiring to kill, assault or do bodily harm to physicians who provide abortions. 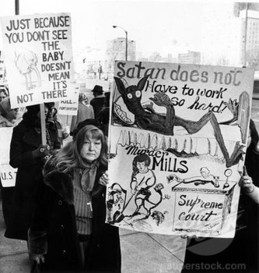 Yesterday, Salon's Alex Seitz-Wald published a lengthy piece called "Todd Akin's Militia Ties Exposed"We reached Dreste by phone last night, but he said he was unaware of the articles that tie him to Akin and didn't want to comment. Dreste has been prohibited from distributing pro-life literature, fined $6 million by federal court and scorned by the "mainstream" pro-life movement -- moves that have effectively silenced him in the last decade.

But RFT's Melinda Roth uncovered some pretty chilling anti-abortion tactics Dreste innovated and personally practiced back in the 1980s and 1990s, when Akin was still running in his circles:

At a rally in O'Fallon last year Akin told the crowd that he had been arrested with other protesters outside a clinic 25 years earlier. "Don't tell anybody I'm a jail bird," he joked. He also said he reunited the evening before with "a group of people who had been in jail with me" who were all "involved in the pro-life movement." Sounds like a sketchy -- but not altogether surprising -- gathering. Salon speculates that Dreste was arrested in the same batch as Akin, and also accuses the Senate candidate of being a little too friendly with Dreste's militia groups well into the 1990s.

Is Tim Dreste to Todd Akin what Jeremiah Wright or Bill Ayers were to Barack Obama? Another sketchy extremist who had an unknown relationship with a candidate decades ago? Looks like it.

As Obama's questionable ties to lefty radicals only seemed to incite and outrage the FOX News set, we predict revelations about Akin's connections to these anti-abortion groups won't change many votes. Unless you've been living under a rock here, it should come as no surprise that this guy hates abortion with astonishing fervor.

A week after RFT's feature came out, Dreste foreshadowed Akin's bullheaded commitment to a post no one wanted him in anymore. The Beacon's political reporter Jo Mannies -- then writing for the Post-Dispatch -- wrote that Dreste refused to resign from a state GOP committee he sat on, even as Republicans all around him called on him to step down. Sound familiar?

That's embarrassing state Republican leaders and rankling abortion-rights supporters, who on Wednesday distributed leaflets in downtown Clayton that called on the GOP to take action. Copies were delivered to the Clayton office for the state's two top Republicans, Sens. Christopher S. Bond and John Ashcroft.

Later Wednesday, both senators issued a statement renewing the party's call for Dreste to quit. He reaffirmed that he won't.