ACLU: Proposition A for Local Control of Police is a Huge Mistake. Reject It!

Once upon a time in Missouri, back in the Civil War, our governor's heart belonged to the Confederacy. But St. Louis and its mighty police force leaned Union.

So the governor and his legislator pals in Jefferson City created a state board to control us. That system is still in place a century and a half later.

Missourians could get rid of it if they vote yes on Prop A. It'll save everyone money. But a "yes" vote will likely cut some jobs, and will also explicitly sign away our ability to peer into the process by which police "police" themselves -- that is, see whether they punish cops who deserve it, or go light on their own.

Is it worth it? Yesterday, we got into the thick of it with John Chasnoff, program director at the ACLU of Eastern Missouri, who says: No! Vote no!

Daily RFT: Why are you against this thing? You backed local control when Rep. Jamilah Nasheed and Senator Joe Keaveny tried to get it done legislatively in Jeff City.

We backed it based on underlying principles of citizen input and transparency. If it doesn't bring that to the department, it's not doing what we fought for all these years.

We were told this new initiative would mirror Keaveny's bill, which reflected the broad consensus that everyone reached. So we were quite surprised when we got the actual ballot language. We were not brought to the table to discuss the changes.

We have two primary objections, of equal importance. They center around one particular paragraph. Our opinion is that this paragraph closes police disciplinary records to the public, and makes it impossible to have an effective civilian review board.

First, you say it will close disciplinary records to the public. So what? 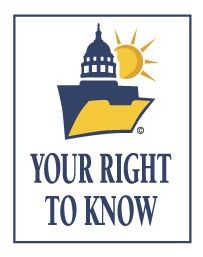 People tend to think of Missouri's Sunshine Law as a technical sidelight of our government. But it's based on the fundamental principle that citizens should be able to oversee their government, and that's the only way to have a check and balance on government power.

That's why these records are so important, because they involve officers. We give officers tremendous power, and if they're using that power to subvert the law, that's a matter that requires citizen oversight.

And you're saying that, right now, John Q. Public does have access to those records?

Yes. The Sunshine Law says disciplinary records are closed, and investigatory records are open. But what happens when a record is actually both? You have a "tie" in the Sunshine Law. That situation arises when you have a police officer accused of a crime while he's on-duty.

Swell! Does it really work that way in practice?

Well, in 2006, the Cardinals were in the World Series. It's illegal to scalp tickets, so the cops confiscated scalpers' tickets but then gave them to friends and family.

So no, it's not even working the way that the Guyer said it should. That case is still ongoing, and we still plan on winning and establishing Guyer as the proper standard. Of course, if Prop A passes, St. Louis alone would be operating under this bizarre exception.

Let's boil down your point here: Under Prop A, will the public have any assurance that some horrible police scandal won't simply be swept under the rug?

No, because you won't have access to the investigation.

The problem there is two-fold: There isn't an effective justice system for the person who makes the complaint, and also, it undermines the public trust because questions never get answered.

And that's why you'd like to see a civilian review board, so the public can make sure they're not sweepting scandals under the rug?

But a spokeswoman for A Safer Missouri tells us that a civilian review board will still be possible. Is that true?

It's true that that's what they keep saying! We have a different interpretation of the law. We're very confident about our interpretation.

Prop A says all disciplinary records will be closed except to the [mayorally appointed] Civil Service Commission, and anyone it then appoints to do investigations.

So people say, 'Well, the commission could appoint a civilian review board, and then the public could access those records that way.'

Can't we just pass Prop A now and fix it later?

If we don't have a consensus in St. Louis for a fix now, we can't go back to Jeff City. What's the likelihood of them entertaining this after they think it's settled? Especially when you have the mayor and police officers association saying, 'No no, everything's fine.'

We say, let's go back to the table and build consensus again, and do it right.