Couple Gets Shot After Asking for Directions in North St. Louis 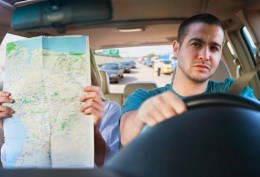 Police say that yesterday afternoon, an 18-year-old female and 22-year-old male, both white, were lost in the College Hill neighborhood near North Grand Boulevard and West Florissant Avenue.
So they asked someone on the street for directions.
This person apparently told them to pull into an alley in the 2200 block of E. Warne, so they did.
As soon as they entered the alley, "gunfire erupted" and the teenage girl was struck twice in her back. The male victim was not injured.
Investigation is ongoing.