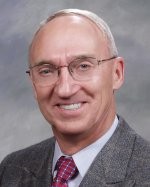 In Missouri, you can basically contribute as much as you want to candidates and causes, meaning that one rich guy with big ideas could radically alter a state -- a reality here at home that "could be coming to a campaign near you," the New York Times is telling the rest of the nation today.
The Times article focuses on gazillionaire free-market activist Rex Sinquefield, who has lots of big ideas for Missouri: vouchers for private schools and local control of St. Louis police. While the lack of limits has allowed him to be the sweetest sugar-daddy in the state to various candidates, he also likes to take his ideas straight to the people via referendum.
But his biggest idea -- replacing income taxes with a sales tax -- will not go to voters as a referendum on November 6, because his attempts to put it on the ballot got mired in legal battle with Democratic Secretary of State Robin Carnahan over the precise ballot language. 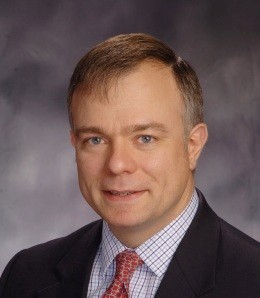 However, she's getting ready to step down. So Sinquefield is now bankrolling the campaign of his ideological ally, Shane Schoeller, who's running for her job. Wouldn't that be nice for Sinquefield: a secretary of state who wouldn't hassle him over the wording of a ballot initiative!
Schoeller is clearly sensitive to this, telling the NYT:
"I'm grateful for the support that Mr. Sinquefield has given to me, certainly. But I think it's important to say that everybody has a voice in the way that I look at government. Because you're there to serve."
Meanwhile, his opponent, Democrat Jason Kander, tells the reporter that ol' Rex is a "nice man," but adds this very diplomatic tag:

Any time that someone who is one of the biggest customers of an office is bankrolling a candidate for that office, Missourians should take it into consideration when they vote."

As for the rest of the country, reporter Nicholas Confessore reports that people of Sinquefield's libertarian-leaning ilk are trying to recreate Missouri's atmosphere everywhere:

The lawyers and activists who played a critical role in abolishing limits on contributions to independent groups -- culminating in the Supreme Court's Citizens United decision two years ago -- now hope to persuade Congress to repeal the federal caps on direct contributions to candidates, one of the last vestiges of the post-Watergate reforms.
Legal and legislative challenges to contribution limits are already proliferating at the state level and federally. This month, the Republican National Committee asked the Supreme Court to consider its lawsuit challenging limits on the combined amount an individual can give to party committees in each election cycle.