One of the Last Lemps Offers Tours of Crypt, Private Stories About Famous Family 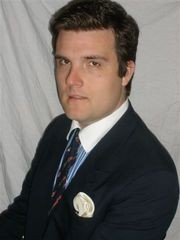 Andrew Lemp Paulsen first visited his infamous family's marble mausoleum in Bellefontaine Cemetery as a toddler, and now at 28 he knows precisely where he'd like to be interred when the time comes.

Paulsen is the great-great-great-grandson of William J. Lemp Sr., the German immigrant who made his family's eponymous brewery the largest of thirty breweries in St. Louis in just a few years. Today the Lemps are better known for the string of suicides and personal problems that derailed their company than they are for their once-famous lager.

But Paulsen says he came to St. Louis this year to offer guided tours of his family's private mausoleum and share never-before-seen heirlooms, to try and change the popular perception that his family is all about spooky ghost stories.

"I know a lot of people think of us as just ghosts and suicides but we were a real family," Paulsen says.

Today many people are drawn to the Lemp Mansion on Cherokee Street because of its dramatic history and legendary hauntings. Three out of four suicides in the family took place there, and some say the ghosts of the ill-fated Lemps never left the mansion, which is now an inn and restaurant. 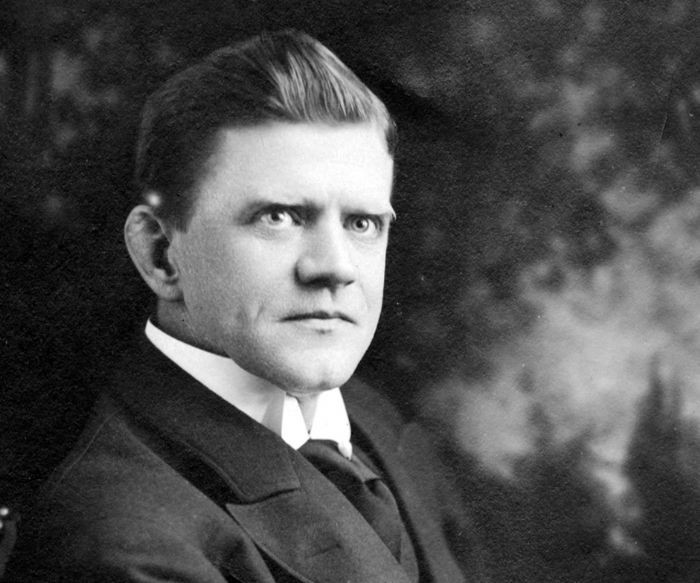 Paulsen -- the last remaining descendent of Anna Lemp, William Sr.'s eldest daughter -- says he had no idea people were interested in his descendent's potentially unsettled spirits until he was in college and happened to see a magazine that named the Lemp Mansion one of the top ten most haunted places in America.

To him, there was nothing spooky about visiting the Lemp Family Tomb, the largest in Bellefontaine Cemetery, even as a kid. "We just went there to pay our respects, like any other family would," he says.

"It wasn't like some spooky strange thing to do," he says, as it often is for visitors today. Only two keys to open the private marble mausoleum remain. The cemetery has one on file, and Paulsen has the other. 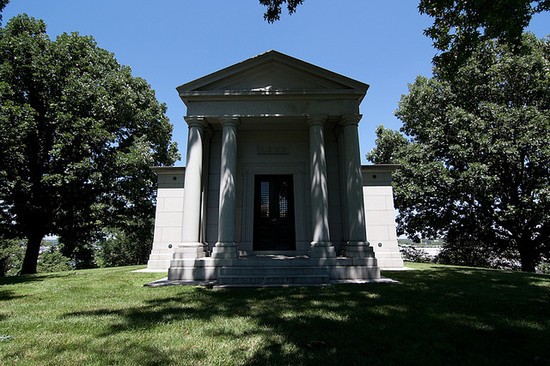 This month on Saturdays at 10 a.m. and 2 p.m. he offers tours of the crypt and an "insider history" of his family.

Though he was born long after many of his famous relatives had passed on, Paulsen says he grew up hearing stories about them. His favorite is about his aunts -- socialite Lillian Handlan "the Lavender Lady" and first wife of William Jr., and her sister-in-law, William Sr.'s youngest daughter Elsa Lemp Wright.

"Elsa and Lillian liked to go out a lot, but back in the day women weren't really allowed to go out to bars by themselves," Paulsen says. "So they had their tailors make them suits and would supposedly go out together and sit around bars smoke cigars, dressed like men. Supposedly they had these fake mustaches and everything."

But Paulsen says his favorite Lemp is Louise Lemp Pabst, an exceptionally talented artist who studied in France and passed away a few years before he was born. Louise managed to escape her immediate family's drama but still dug up some of her own -- she married a first cousin.

Paulsen says he hopes to one day be interred next to Aunt Louise. For more information about Andrew Lemp Paulsen, check out his website. It includes information about upcoming tours, speaking engagements and a tell-all book to be published in 2013.