So far this year, most candidates for statewide office have made the pilgrimage.
They've stepped into the inner sanctums of the Post-Dispatch and the Kansas City Star.
They pow-wowed with the editorial boards, fielded uncomfortable questions, asked for a kiss on the forehead.
Not Ed Martin.
Instead, the very conservative (and lightning-rod-ish) candidate for attorney general sent the newspapers a video, along with a note that sought their approval and expressed a hope it could "open up all sorts of ways to communicate." 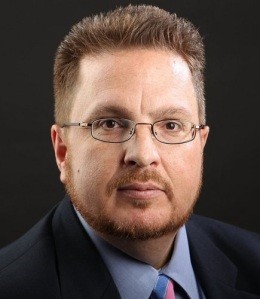 "Right," scoffed Tony Messenger of the PD's edit board last Monday. "Here's the best way: You talk, we ask questions, you talk some more. Of course, you'd have to show up."
Martin must fear embarrassing questions, Messenger wrote, because he "has much to be embarrassed about." And with his refusal to show up and speak with the Post-Dispatch editorialists, "he's embarrassing himself, and [his] party, all over again."
However, staying away may be a shrewd calculation on Martin's part, suggests Dr. George Connor, professor of political science at Missouri State University -- given that conservative Missourians tend to view the PD and the Star as left-leaning papers.
"You don't want the endorsement of a left-leaning paper," if you're Ed Martin, Connor says, "because that undermines your conservative bona fides. To be endorsed by them would be suspicious."
As Daily RFT sees it, Martin needs conservative voters to win. Incumbent Chris Koster (a Dem who used to be in the GOP) already has broad centrist appeal. More than that: He even won the NRA's endorsement. So Martin is trying to paint Koster as an leftist enabler of Obamacare and paint himself as a conservative savior.
But Martin did send his little video to the PD seeking endorsement, didn't he? Yes. But in our opinion, it was just a formality. Why waste time and money -- and submit to hostile interrogation -- on a newspaper that won't endorse you anyway? Sure, it's cowardly. But that doesn't mean it ain't smart. (Not to say he's always smart; see our coverage here.) 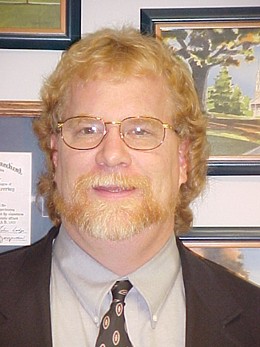 Dr. Connor at MSU also questions how much value a Post-Dispatch endorsement would really have anyway.
"Newspaper endorsements meant something back in the day," he says. "Those endorsements are much less important today than the ones from the AARP, or the Farm Bureau, or Missouri Catholic Conference, or Missouri Right to Life."
Group affiliation and celebrity endorsements from folks like the Duggar family or Mike Huckabee carry greater weight, he adds.
"The reach of print journalism is not nearly as broad as mailing list of the Teamsters," Connor says.
(Note: Ed Martin will not be getting support from the Teamsters anytime soon.)