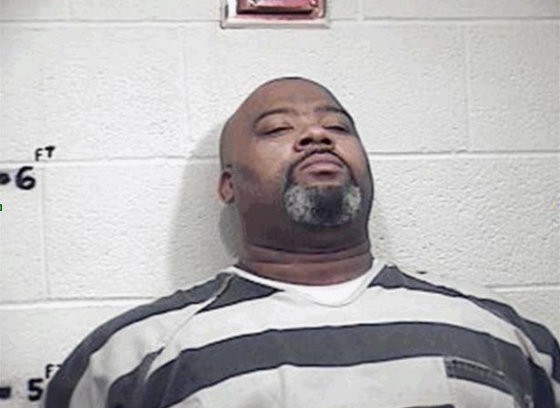 Well, there you have it folks, Brian Keith Jones, the man who Texas cops arrested for allegedly packing Nelly's tour bus to the gills with heroin and weed.

Jones, thought to be the rapper's bodyguard of more than ten years, took the fall for the massive bust at a Texas border checkpoint and spent the last couple nights in the clink.

According to Hudspeth County Sheriff spokesperson Gary Fleming, Jones has not yet been arraigned and so there is no bond set at this time.

Although Nelly's camp has been pretty quiet about this incident, tweets from the rapper's Twitter seem to indicate that Jones is a long-time employee that the rapper considered a friend.

"2have some1 who works 4u n who u call a friend 4 ova 10years jeopardize ur life WTF?" reads one such missive.

Two quick reactions to this mug -- one, that outfit look familiar to anyone else? And two, holy mother of god, that is a big dude.