Cardinals at Nationals in Game 5: The Showdown 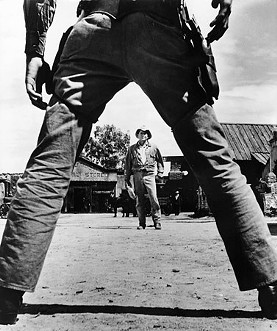 It all comes down to this. The Cardinals and the Washington Nationals are all knotted up at two games apiece in their National League Division Series matchup, with the deciding game to be played tonight. The Redbirds played one game for all the marbles a week ago, when they took on the Atlanta Braves in the Wild Card play in game. Now here we are again, one game, winner moves on, loser goes home.
Both teams had great seasons in one way or another. The Nationals broke through and became an elite team. The Cardinals fought through adversity and transitioned into the post-Tony La Russa, post-Albert Pujols eras while still making the playoffs.
It's games like this that make October baseball great. Everything is on the line, for both of these teams. There is no tomorrow. Actually, let me rephrase that: you have to earn your tomorrow.
Even in the playoffs, this team is a Pythagorean nightmare. All season long, I and plenty of others have bemoaned the inexplicable failures of this team, the continual underachieving compared to what appears to be an elite true talent level. The Cardinals finished the regular season with one of the best run differentials in all of baseball -- and had the best run differential for a long time -- yet just barely snuck into the playoffs. The team that won the NL Central, the Cincinnati Reds, had a run differential of +81; the Cardinals' was +117. That's a formula for frustration.
So far in this series, the Cardinals have won two games by a total of sixteen runs. They've lost two games by a total of two runs.
A run differential of +14 in four games, yet a 2-2 record. Two eight runs wins, two one run losses. Sounds about right for this team, doesn't it? Oh, and both losses have come with relievers on the mound. Again, how very apropos. They can bash your brains in or they can lose in heartbreaking fashion. That seems to be the only two choices for this team.
With that in mind, it would seem the most important thing for this team is to get off to a quick start tonight against the Washington starter. Get a lead early and then start adding on. If things stay close, you have to think that will play in the Nationals' favor. You know, the Nationals with their brilliant bullpen that struck out eight hitters in a row yesterday.
Unfortunately for the Redbirds, a quick start isn't going to be easy with the Nationals sending their best starter back to the mound in the person of Gio Gonzalez, the talented (if somewhat erratic), lefty who pitched in game one of the series. The Cards managed plenty of baserunners against Gonzalez in that game, seven (!) coming by way of the walk, but never could get a hit when it counted. In fact, they touched him for just one hit in five innings total, a pretty good indication of just how frustrating an afternoon it turned out to be.
The good news is the Cardinals are sending their own ace back out tonight, giving them the best chance they could ask for to shut the Nationals down. Adam Wainwright wasn't at his absolute best in game one, allowing 6 hits and 3 walks in 5.2 innings, but also managed to record 10 strikeouts, mostly thanks to a curveball that was flat-out unhittable at times.
The pitching matchup, honestly, looks pretty even to my eye. Both teams have their best on the mound. (Well, Washington has the best of what they have on the mound, with Stephen Strasburg on the shelf.) Both pitchers are capable of shutting down any lineup on any day. Gonzalez seems a little more prone to blowups, but that could be anecdotal bias on my part.
In short, I see a close game developing. Unfortunately, we've seen what happens to the Cardinals in close games.
Then again, I've counted this team out time and time again, and every time I do they manage to turn it around and come up with a win when they need it most. It's never easy, and it usually isn't pretty, but they seem to get it done all the same. Let's hope that continues. I'm not ready for this season to end just yet.