5 Most Alarmist Fliers of Missouri KKK 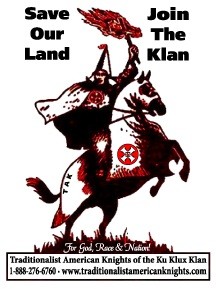 Last week a federal judge made permanent an injunction prohibiting officials in Cape Girardeau from interfering with the flier campaign of the Traditionalist American Knights of the Ku Klux Klan.

In his ruling, Judge John Ross sided with the white-supremacist group based out of Park Hills, Missouri and the ACLU (which argued on the KKK's behalf) that Cape Girardeau's ordinance unduly restricted free speech.

Okay. So now that the white supremacists are free to leaflet, tell us: Which of the following fliers from the Traditionalist American Knights do you find most convincing?

5. Mexican Warfare Summary: 'Cause, you know, we are "under attack on our own turf!"

4. Missing Summary: You may not realize it, but this little girl's future is in jeopardy!!! 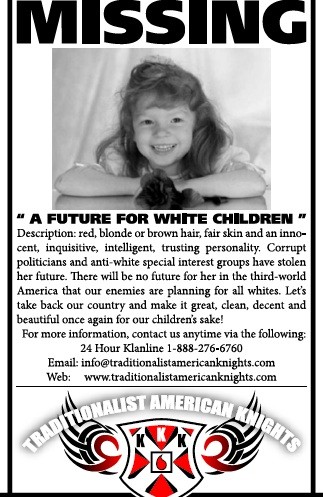 2. Robert E. Lee Summary: Oh, sure. That philandering communist MLK gets a federal holiday but not the true hero of the War of Northern Aggression?