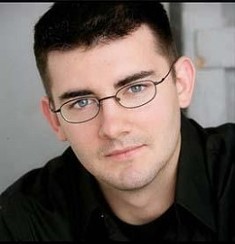 Tommy Johnagin -- a standup comic who grew up across the river in Benton, Illinois -- has just landed a pilot deal with NBC.

"I'm very excited about it," he just typed up in an e-mail to Daily RFT.

We found out about it from the industry website Deadline, who wrote this morning that this is a pretty "rare" deal for a standup comic to get these days.

The show, as it's conceived right now, will chronicle:

the evolution of a modern relationship, where moving in together, getting married and having a baby don't always happen in that order. After dating for a year, a couple decides to take the next step and move in together and then quickly learn that they'll be skipping a few steps when they find out that they're pregnant.

Is that autobiographical? To some degree, he writes:


"My girlfriend and I had a baby two weeks ago, so the timing is perfect. Having a show means I'll get to be home more with my baby. I love touring, and this will help bring out more fans. Also, more money."

As far as timeline goes, he told us it will work like this:


We're writing the script right now and we'll find out in January if they'll shoot the pilot and then we'll shoot it and they'll let us know around April if its picked up. Then it will be a hit and I can start being a real A-hole in 5 to 7 years.

Then he ended his e-mail with this: "Go Cardinals!"

Here was Tommy on The Late Show with David Letterman recently: