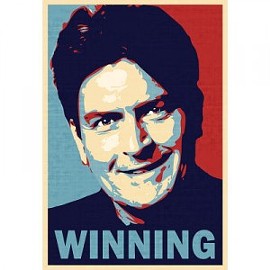 In the end, it probably happened the only way that made sense. The 2012 Cardinals are not about dramatic, thrilling victories, even if they occasionally pretend to be. The 2012 Cardinals are about letdowns at the biggest moments and just being good enough overall to power through the heartbreak.
So of course they clinched with a loss. Backing in, you might say, but that's alright. The Cardinals are going to the postseason. Perhaps they didn't wrap up their place in a blaze of glory, but they're still going.
It took 161 games, but the Cards still managed to get themselves where I think most of us thought they would be all along, into the playoffs with a chance to do some damage. Make no mistake; this may be a team that struggled for much of the season (in certain ways, anyhow), but this is also an extraordinarily dangerous team, with the kind of high-end talent very few other teams can match up to.
With that being said, this is still a flawed team. A team that won't reach 90 wins despite a much better run differential than many other teams with superior records, that has suffered more bullpen losses and other heartbreaks than I'm sure any of us would much care to recall right now. The underachiever tag for this squad has been well earned.
Last night's game was a bit indicative of how the season has gone, really; a frustrating, slightly inexplicable letdown when the Cards needed to come up big. Mat Latos is a good starting pitcher -- a very good one, in fact -- but the Cardinal offense didn't put up quite the kind of fight you would hope to see with a playoff spot on the line, either. Chris Carpenter pitched well, but a lack of support doomed him to the loss. At least it wasn't the bullpen this time.
The clean slate of the postseason may be the very best thing that could happen to this team, honestly. In that way, this team reminds me of the 2006 edition of the Cardinals. A team with plenty of elite talent that, for various reasons, just never seemed able to get into the groove for any extended period of time. A mini-run of hot play would start to form, only to be derailed by a seventh-inning implosion or a balky back putting one of the sluggers on the shelf for a day or two. All along, the offense kept humming, churning out runs at an extraordinary pace, but even within that dynamic were some terribly frustrating performances. Of course, even the greatest offenses get shut down from time to time; the '27 Yankees had their bad days. But there seemed to be a few more of those than you would expect from a team with this kind of firepower. The relief corps was, of course, a constant source of stress. Even the starting rotation went through a fair amount of trials and tribulations, with Jaime Garcia missing time and Adam Wainwright struggling to be Adam Wainwright for much of the season.
Now, though, none of that matters. The Redbirds are in, with a 0-0 record, and a chance to let their talent do the talking. They'll have to get by an extremely tough Atlanta team, in Atlanta, with just one shot, but that's OK. You wait six months just to see your team get in; we could be in Pittsburgh or Houston.
Congratulations to the 2012 Cardinals on getting in. They may have backed in with a loss, they may have made it in by the skin of their teeth, claiming the second Wild Card. But, they're in. Now let's see what they can do.