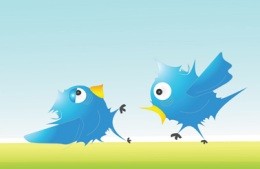 As Board of Alderman president Lewis Reed prepares to announce today he'll run against Mayor Francis Slay in the election next spring, their respective camps are increasingly battling it out on "the Twitter."


Over the last few weeks, the hot-button issue was the delayed opening of the O'Fallon Park Rec Center. Now it's back to firefighter pensions, which the mayor has been fighting hard to rein in (with Reed opposing).

Yesterday, Slay's chief of staff, Jeff Rainford, accused Reed of selling his allegiance to the firefighters in that battle in exchange for a $10,000 campaign contribution (which Reed disclosed yesterday).

The judge took away Mr. Reed's reason for opposing pension reform. The FF's union gave him 10,000 (dollars) more reasons to oppose it.


But then Alderman Antonio French -- a paid consultant for Reed -- fired back with the accusation that Slay was tolerating desolation on the north side in exchange for big bucks from developer Paul McKee who owns tons of property there:


@jeffrainford By that logic, Paul McKee has given Slay over a hundred thousand reasons to continue supporting blight in north #STL.


Instead of firing back, Rainford then tweeted:


Sorry, Twitter. My rant key was locked. Likely to be true for a while.


Looks like somebody put a muzzle on the mayor's chief of staff! Wonder who it was...the mayor's campaign manager, Richard Callow, did retweet it...

"Twitter was just becoming a campaign tool when I left the Mayor's office three years ago" former Slay spokesman Ed Rhode tells Daily RFT. "It has its place in a campaign, but it is no secret weapon."

But surely this Twitter battle will continue. And it will probably get worse before it gets...no, it will only get worse.

But even though it's a prominent platform, Rhode questions how crucial it really is.

"Social media is just one of many tools you need in your bag to run an effective campaign," he says. "You need an energized candidate, strong ground game, focused message on TV and direct mail and you need have money, and a lot of it."