We admit it. We ordinary St. Louisans are often guilty of being a year (or three) behind on the latest hair-style trends. Not so our television personalities -- especially our female stars. Just turn on the local newscast and you're likely to see some of the most fetching coiffures this side of Indianapolis. See also: The Five Best Hairdos on St. Louis TV (Just for Men Edition)

Here then is Riverfront Times' definitive list of the best television hairdos culled from our most recent "Best of St. Louis" issues. Let us know if you agree with our choices or know of any TV journos who deserves a ranking. 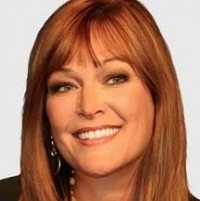 6. Randi Naughton Randi Naughton's ginger top serves as an ever-bright flicker of hope that goes perfectly with our morning coffee. Those gorgeous red locks, cut short and sassy, flip and swish with every story our 2008 winner covers for the KTVI-TV (Channel 2) morning show, giving viewers a refreshing break from the helmet-hair tradition. Naughton's fiery tresses lend her an edge of coolness and stylishness that eclipses all others in the yard of (stiff) blond girls.

5. Robin Smith Our 2011 winner for Best Hair on a Local Television Personality (Female), Smith is a KTVI (Channel 2) KMOV (Channel 4) mainstay who caught our attention years ago for her topknot perched atop her head like an apple glued to a bowling ball. These days Robin frames her face with angular bangs and enough body on top to suspect the presence of a Bumpit. Sophistication with an edge! Soccer mom meets Rihanna! However you choose to characterize it, Robin Smith's hairstyle is right in line with her persona: Experienced enough to be trusted, current enough to be relevant.

4. Cindy Preszler No matter the forecast -- be it rain, hail, sleet or snow -- KSDK (Channel 5) meteorologist Cindy Preszler's hairdo is Santa Barbara in the summertime: golden sunlight, cloudless skies, a hint of lavender on a gentle breeze. Ever modest, our 2005 winner credits her brilliant coif to hairdresser Bob Garner of the chic Stonewater Spa at Plaza Frontenac. "I've been going to Bob for a couple years," Preszler dishes. "He's great." We're sure he is. But just as no man controls the weather, Preszler's honeyed highlights must owe their beauty to a higher power. Hair that gorgeous is a gift from above. 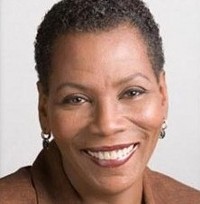 3. Bonita Cornute In all of local TV land, there is but one coif that stands out as a real-woman success story: that of Bonita Cornute of KTVI-TV (Channel 2). We appreciate this general-assignment reporter's no-nonsense approach both to covering the news and to styling. Her super-short locks afford her a professional look not easily achieved by those who're sprayed, flat-ironed and flipped. And we're sure our 2009 winner laughs at the many, many minutes her counterparts at other stations spend in hair and makeup while she's out getting the story before them.

2. Mandy Murphey The KTVI (Channel 2) anchor's shoulder-length 'do is a fair and balanced blend of familiar sitcom-mom styles coagulating into something resembling Mrs. Brady with a quasi-modern awareness of the Rachel. Murphey's blonde mop neither grasps at the front edge of hair hipness nor stagnates itself by an archaic cut. Our 2010 winner's goldy locks are just right for recalling simpler times and bringing a much needed comfort to the nightly news. 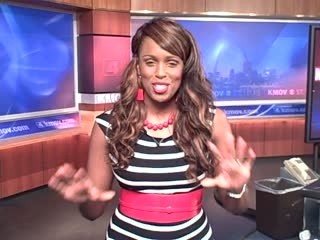 1. Sande Stevenson The coif of the KMOV traffic reporter fills all the requisite musts of classic television journalist hair. It's big, big, BIG. Her curls, while probably rating somewhere between feldspar and quartz on the Mohs scale of mineral hardness, look touchably soft on camera. But while most TV personalities will just smile demurely and thank their behind-the-scenes stylist, Stevenson not only wants to tell her fans how to get her look, she wants them to have her hair. You see, she's the host of a pretty popular YouTube "haul show" called The Socialite Life, a vlog on which she trots out newly purchased outfits and jewelry and tells viewers exactly where she bought them and for how much. That includes the hair, which is often sent to her by companies who want her seal of approval. Most recently our 2012 winner tried (and liked) Brazilian Natural Body Wave in jet black; before that, it was Russian Molado Hair, which she dyed, conditioned, got rained on, everything, all to let folks know how it responded. Sure, it's just hair, but it shows respect for the basic tenets of journalism: obligation to the truth, loyalty to the citizenry and professional verification.